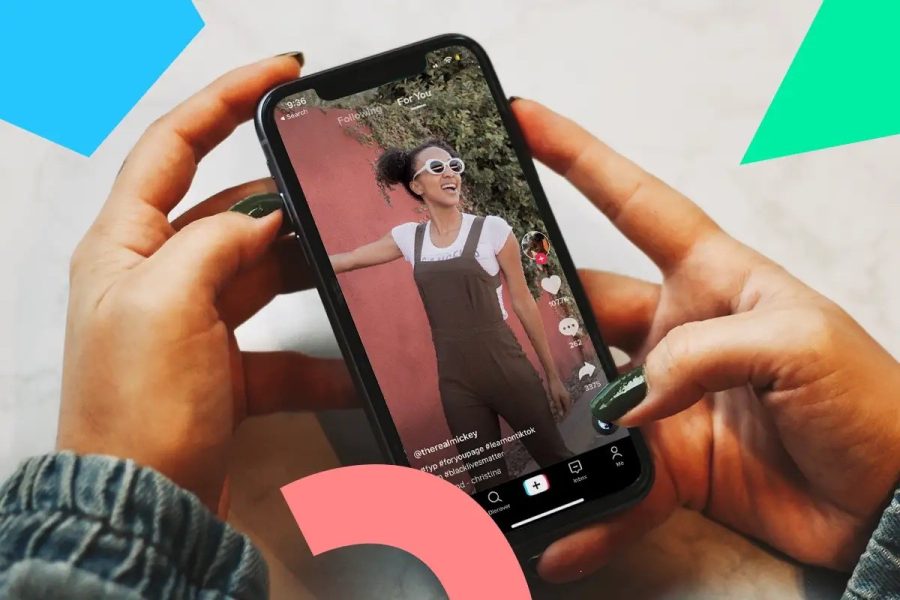 Users of TikTok scroll through their For You Page or “FYP” to view a feed of videos that an algorithm thinks they will like. Getting lost within the billions of videos, TikTok is known to take up hours of a user’s day. Influencers recently have been starting their platforms through TikTok, as it has proven to allow creators to grow faster than other platforms.

In today’s day and age, social media has a large influence on how individuals in society live their everyday lives. If you walk into a room full of kids on their phones, chances are that most will be on social media like Instagram, Tiktok, or Snapchat. Within these social media platforms are self-defined influencers who post content, whether that be videos or photographs. While some believe that influencers must surpass a certain number of followers to fit into that category, others believe you only need consistent content. Influencers quite literally influence societal trends, regardless of if they create a positive or negative impact.

Without any knowledge of an influencer’s background, people are more likely to believe that one is more trustworthy if he or she has more followers. Each influencer has his or her own lifestyle, brands that they choose to support, and specific content to project to their followers. Unfortunately, the problem is that the users of these platforms are setting themselves up with unrealistic expectations without realizing how misleading the social media industry can be.

In 2020, Americans spent an average of 1,300 hours on social media according to Forbes. Since then, those social media platforms have grown in popularity. Rather than enjoying the moment, people are distracted by grabbing their phones to film and post their lives. The concept of enjoying life is such an important message spread among social media platforms, but are you truly experiencing a moment when your goal is for others to see it?

Social media platforms created in the early 2000s, such as MySpace and Facebook, have different intentions than popular platforms today. Facebook was initially utilized among college students to share photos and videos with friends. However, social media and its consequent phone usage is something that has grown far past adult use. Just in the past five years, the average age of children receiving their first phone has decreased by three years, directly growing Internet and social media access to younger children according to New York Times. As such, children have learned to follow certain influencers and make decisions based on the advice they receive from the Internet. Parents frown upon their children taking advice from strangers in public. However, what sets that apart from taking advice from influencers who they don’t know either?

Many influencers make the majority of their income based on views and advertisements. Followers who look up to particular influencers buy products based on what they tell their followers to use. As a result, people go out and buy these products to mimic the lifestyle of an influencer. However, how does one know if the influencer really loves the product or if they are just paid to say so?

In the past generations, it was extremely easy to tell when a celebrity was paid to promote a brand on television or magazines when the company’s logo was plastered right next to their face. Now, influencers are advertising from their own homes, making detection difficult and unreliable. For example, influencers can come out with their own lines of cosmetics without any knowledge of this field, making these decisions purely profit-driven. They simply make the brand to attach to their name to sell.

Influencers on social media take the best parts of their lives and post it for the world to see. Millions of their followers see perfection and assume that their life is flawless. Viewers take that perfect lifestyle and question why their own life isn’t similar. These parts of social media can exacerbate toxic environments for younger children, as it sets unrealistic standards in all aspects of their lives. Influencers are closer in age and have a similar lifestyle to the average person compared to an A-list celebrity, which is why children often compare themselves to influencers. Moreover, although the age and lifestyle of influencers are similar, there are ways that influencers make their lives seem more positive than reality.

Social media content rarely shows most of an influencer’s life. For example, TikTok content most often is two to three minutes in length. If an influencer is making three videos a day, you are only seeing about nine minutes of their day. Compared to the amount of minutes in a day, you are only seeing 0.006% of their day. Additionally, these influencers will not be generating as much income if they are consistently showing the hardships and negative events they experience.

Overall, avid social media users should start limiting their usage to protect their mental health. It is important to recognize that your favorite influencers are not perfect, and you should not set yourself to those standards. Although social media can be used as a form of entertainment for most, it is important to educate others about how unrealistic it can be. Taking a break from social media is an important step to take if you value a secure and happy life.